The East Canyon claims were targeted to an area with known historical workings, historic drill intercepts and historic production of both uranium and vanadium. Many of these workings remain open, accessible and in good condition with visible high grade uranium-vanadium mineralisation present.

During 2018 and 2019, 26 samples were collected from eight sites including underground ribs/faces and ore dumps on the East Canyon claims. These samples assayed as high as 0.47% U₃O₈ and 9.21% V₂O₅. Abundant visible uranium-vanadium mineralised seams and zones were also observed in the workings.

Energy Fuels’ White Mesa Mill, the only fully licensed and fully operating conventional uranium-vanadium mill in the US, is located within trucking distance (50km) of East Canyon along major highway 191.

Energy Fuels has historically accepted toll treatment agreements as well as purchase programmes for processing ores from third-party mines. This may represent a low-cost opportunity for developers in the region to utilise existing infrastructure, eliminating the significant capital requirement of developing a mill.

Uranium and vanadium-bearing deposits in the Dry Valley/ East Canyon district are confined to the Salt Wash Member of the Morrison Formation. This unit consists of interbedded fluvial sandstone and flood plain-type mudstone units. The sandstone beds crop out in three distinct rims with the mudstones forming the slopes. The uppermost sandstone of the three rims, contains the majority of the ore deposits, but deposits do occur in the lower sandstones (Chenoweth, 1981).

These sediments are classified as orthoquartzites to feldspathic orthoquartzites. Sedimentary structures, such as cross-bedding and channel scouring, are displayed and contain carbonaceous plant debris, clay galls, and interbedded siltstones and mudstones. They are generally interpreted to have been deposited by braided and meandering stream systems (Thamm, et al., 1981). Typically, they are light-coloured, permeable, medium to fine-grained sands with occasional conglomeratic zones. Thickness of these three rims averages between 15-60 feet and may be up to several thousand feet long (Tyler, et al.,1983 and Fischer, 1942). They are separated by a near equal amount of alternating red and gray mudstones. In some localities these rims or lenses may have scoured into the sands below.

The uranium-vanadium ore deposits are hosted in reduced grays and stones which are characterized as being elongated, parallel to sedimentary trends and are concordant with the bedding. Mineralisation occurs in tabular topod-like bodies within the sandstone that may range from <1-10+ feet thick.As the nature of these deposits can be spotty and discontinuous so is the variance in grade both vertically and horizontally (Fischer, 1952 and Kovschak, et al., 1981).

The Uravan Mineral Belt and adjacent uranium-vanadium mining districts of the Colorado Plateau have experienced significant up and down cycles of exploration and mining over the last 100 years. Available records and reports indicate that >85,000,000 lbs of uranium and >660,000,000 lbs of vanadium have historically been produced from Salt Wash ores from the Colorado Plateau (Thamm, et al., 1981). Average vanadium-uranium ratios for these areas ranges from 5:1 to 8:1. 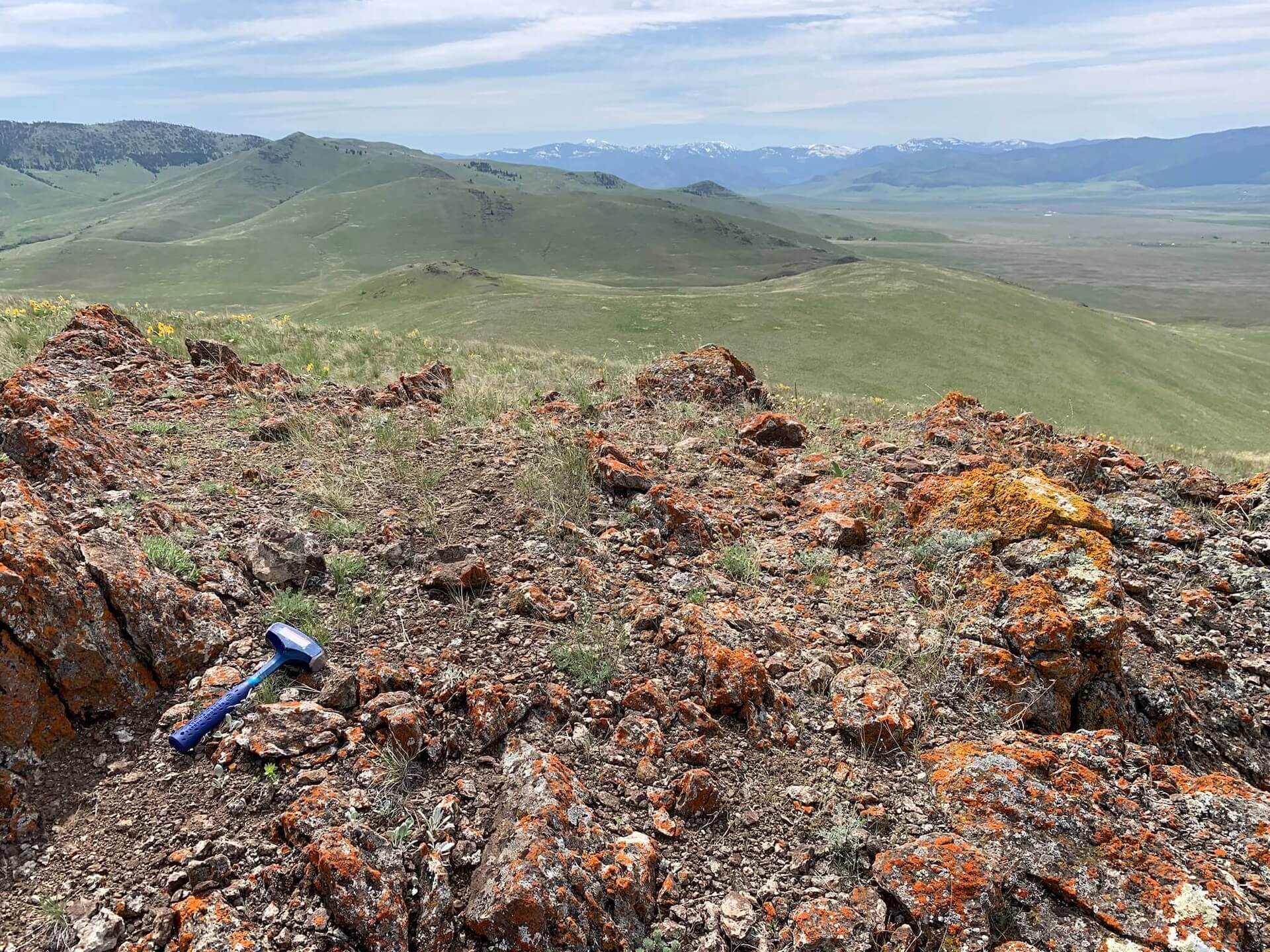